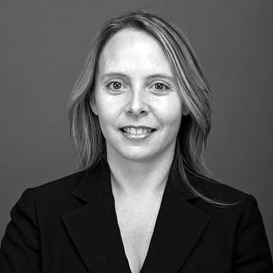 Dr. Angela Hawken is a Visiting Senior Fellow at Artha Global. She is a Professor of Public Policy and Director of the NYU Marron Institute of Urban Management. She is the founding director of NYU’s BetaGov, which supports innovation-and-testing for social good. Her team of research and practice scholars, along with a growing cadre of NYU graduate students, works closely with state and local agencies, schools, and nonprofits across 32 states and six countries in developing and testing practices, policies, and new technologies. She is dedicated to partnering with pracademics on rapid-cycle innovation and experimentation, empowering practitioners and the people they serve with a central role so that research is performed with them. She directs a community-supervision resource center for the US Department of Justice and the NYU Opioid Collaborative, which works with justice agencies in six states on designing, implementing, and testing responses to the opioid crisis. Most recently, her team is helping prosecutors to harness their own data for equitable decision making, through analysis and decision-support tools. And it works with corrections, parole, and social-service agencies to help returning citizens succeed by supporting a graduated reintegration, which entails an early release from prison into stable housing and supportive services in the community.

Prior to joining NYU, she was a Professor of Public Policy at Pepperdine University, a Research Economist at UCLA, and an Associate Policy Analyst at the RAND Corporation. For the US Department of State, she trained mid-career civil servants in Georgia on policy analysis, and for UNDP, she developed cross-country measurement instruments on corruption and gender inequality for Human Development Reports. In Afghanistan, she had a central role in developing a corruption-monitoring system, also for UNDP. She has a B.S. and an Honours degree in Economics from the University of the Witwatersrand and a Ph.D. in Policy Analysis from the RAND Graduate School.

This project aims to highlight the recruits’ perceptions of the current state of police training practices at the Madhya Pradesh Police Academy in Bhopal and suggest improvements.