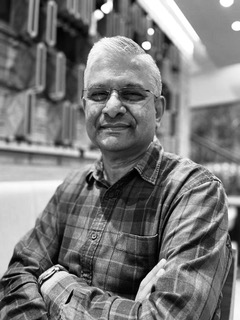 M.N. Reddi is a Visiting Senior Fellow at Artha Global. Prior to joining the Artha, he retired as Director General of Police & Chief of the combined Emergency Services of Karnataka State. His experience in the Indian Police Service has spanned several command and specialist functions including those of Police Commissioner, Bangalore City and ADG of Police, Law & Order and CID of the state. He has also contributed immensely to metropolitan and traffic policing.

In his years of service, MN has leveraged the intersection of public order and technology to reimagine internal processes and enhance delivery of citizen services. He envisioned and implemented several transformational tech-driven police projects in the field of ICT (POLICE IT 2000), disaster response (K- SAFE I and II) and traffic modernisation (B- TRAC). During his tenure as Police Commissioner of Bangalore City, he was credited as the architect of a Twitter-driven, SM-based citizen-police interface, an initiative that garnered over 5 million followers and featured in Prime Minister’s ‘Twitter Samvad’. He is also credited for introducing the revolutionary ‘FIR Kiosk’, a digital solution that facilitated a remote, contact-free mode of registering police complaints. As CMD of the Police Housing and Infrastructure Corporation, he rapidly introduced new tech housing schemes to address challenges of cost, speed and sustainability. He also developed a strategy for corporatisation of non-core police functions, apart from partnering with industry for Police modernisation.

MN has done extensive research in the field of accident and injury prevention. He won a scholarship from the Transport Research Laboratory, UK, to conduct research on road safety, which resulted in a pioneering report on accident blackspots and countermeasures in Bangalore City. MN was decorated with the President’s Police Medal for Meritorious Service and Distinguished Service in 2003 and 2009 apart from Chief Minister’s Gold Medal for Excellence in Police Service in 1991.

He has a BA in Economics, Political Science and Sociology from Christ College, Bangalore and an MA and MPhil in Sociology from Jawaharlal Nehru University.